(and His Dad Dale, Treatibles President and Chief Operating Officer) 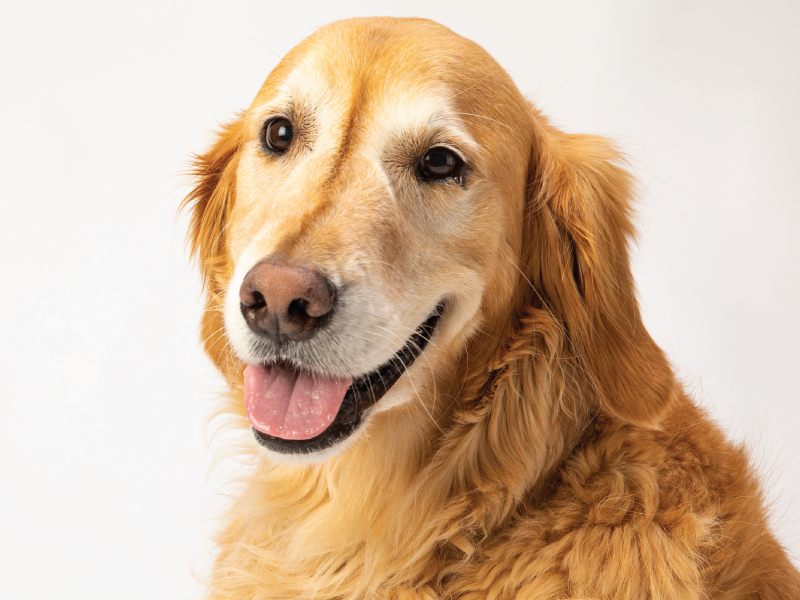 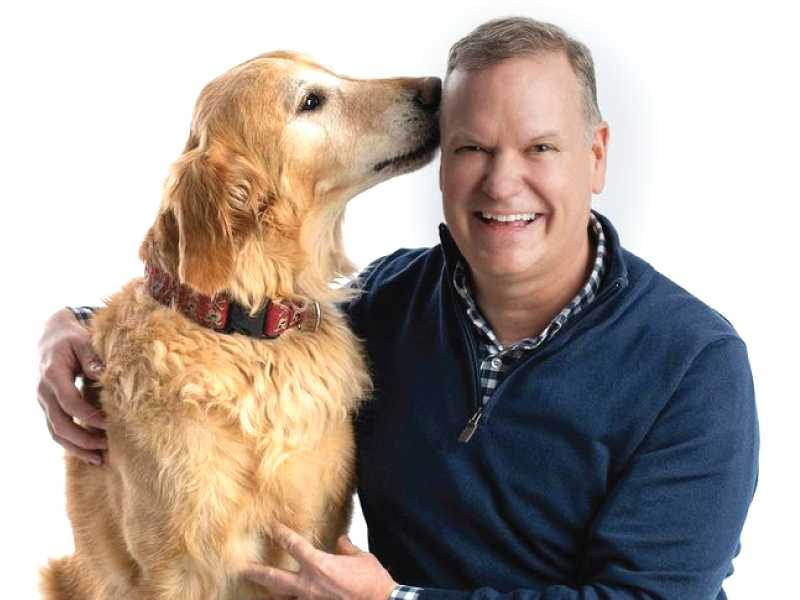 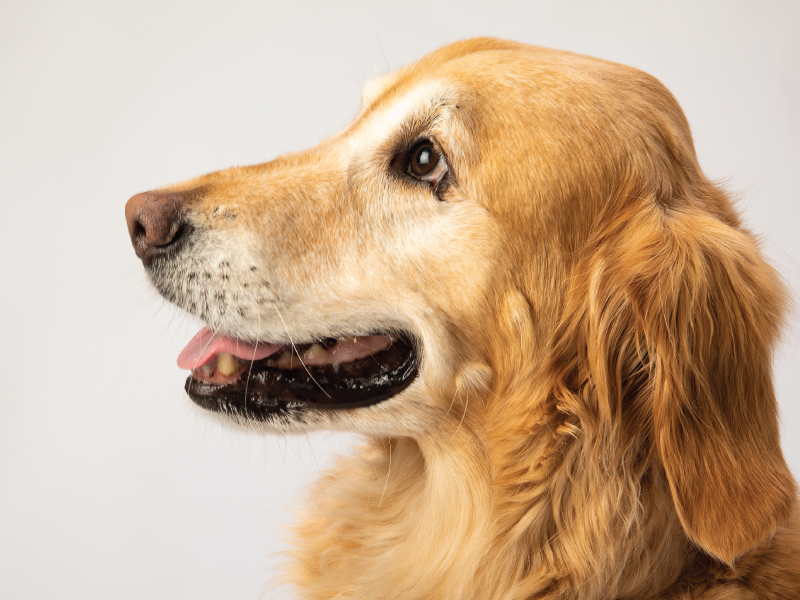 Dale and a friend, who was affiliated with the Napa Animal Shelter in Napa, California, were having lunch one day. Dale was broken hearted because his beloved dog had passed away after a long, healthy life. He half-jokingly said to his friend, “If a Golden Retriever puppy is ever surrendered to the shelter, give me a call.”

Lo and behold, soon after, that’s exactly what happened. Sam, a seven-month-old Golden Retriever puppy, found himself at the shelter. Dale’s friend called him right away. Sam spent only one night there before he found his forever family.

“He was scared and they could not get him to go potty” shared Dale. “When I arrived, he was behind the reception desk, and took one look at me and peed all over the floor. We have been best buds ever since!”

The wonderful people at the shelter briefed Dale on how sad and abusive Sam’s first seven months had been. When he was only five weeks old, an unscrupulous breeder allowed an elderly woman with a fatigue disorder to purchase him. Sam spent the first six months of his life in bed with the lady. Occasionally, she would board him. Tragically, he was abused at the boarding facility and even suffered a serious wound to his eye.

The woman’s family eventually took notice of the sweet pup’s neglect and realized that Sam, who was growing and growing, needed to find a new home. The woman surrendered him to the Napa Animal Shelter, complete with his American Kennel Club papers and insurance.

The Power of Unconditional Love

Dale wisely chose to keep Sam’s name. The poor little guy had already been through so much.

“When I adopted him, he was terrified of children, bicycles, loud noises and more. He hadn’t been socialized and was very skittish,” said Dale.

Through patience, devotion and unwavering love from his dad, Sam overcame his early challenges. Now at eight-years-old, Sam is the sweetest, friendliest, gentlest, and most social dog you’d ever want to meet. He is even best friends with a neighbor’s cat that Dale (and Sam) helped foster. There is a serious lovefest between the two.

Why Sam Is Special

At Treatibles headquarters, Sam is the official greeter. Not only does he welcome everyone who walks in the door, he escorts staff to their offices in the morning. He also ‘helps’ package delivery people and keeps the office safe from the man with the leaf blower.

Being a dog in the Treatibles office certainly has its advantages. Sam gets to enjoy our hard and soft chews and will happily lick our Full Spectrum Hemp Oil straight from Dale’s hand.

Sam loves to play and is very gentle when engaging with dogs that are smaller than he is. Most of the day, he can be found relaxing on his bed in Dale’s office. Apparently, sleep is something he loves.

“His favorite thing is to go to bed,” said Dale with a laugh. “His chosen spot is at the foot of the bed. He sleeps through the night and sleeps in on the weekends.”

Sam is the reason Dale discovered Treatibles. “The kids headed off to school and he became quite anxious,” explained Dale. “I visited the local pet store, seeking a remedy to help stop his nervous licking. They suggested Treatibles, which gave him the relief he desperately needed.”

It wasn’t long before the perfect position for Dale became available at Treatibles. The rest, as they say, is history!