(The Greatest Little Dog in the World) 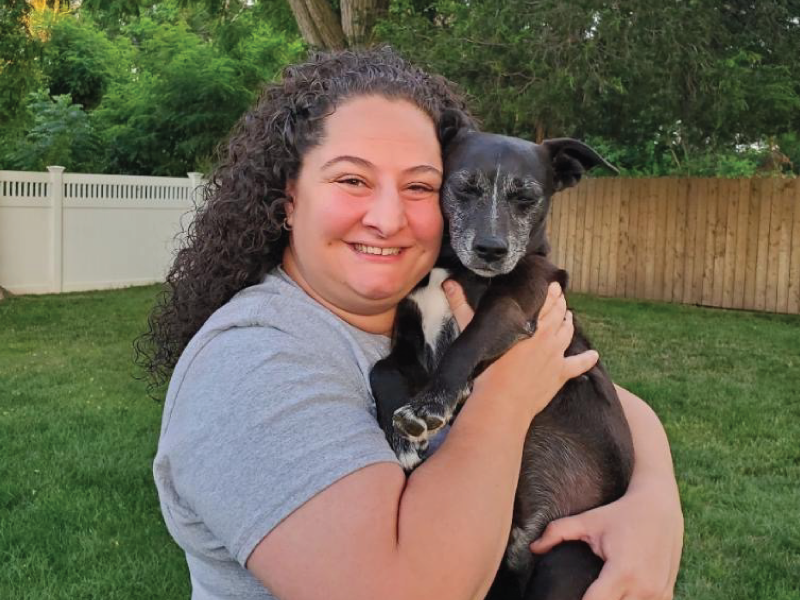 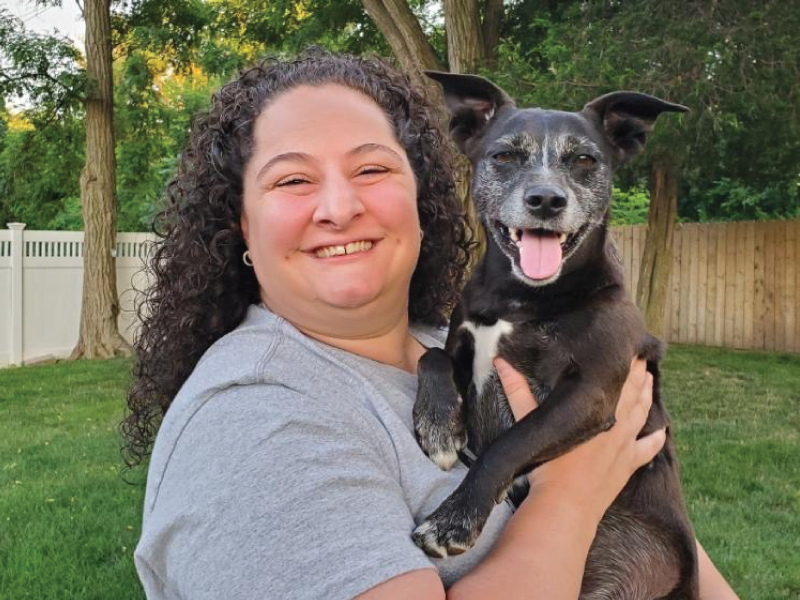 “My wife and I had been following the Sweetest Dog Rescue on Facebook. We were looking to adopt a little brother for our pup, Finnegan,” explained Fran. “One day we saw Roscoe’s photo on the page. He and his siblings had been rescued from a puppy mill. We knew instantly that we had to bring him home.”

So the couple called over to the West Babylon, New York shelter. Twenty four hours later, Roscoe came home with them.

Roscoe Piglet Quinn-Piazza, as he is known now, was only four months old at the time. He and his brothers and sisters were known in the shelter as the ‘Friends Litter.’ His original name was Ross, his sister’s name was Monica.

“We took one look at him and said, oh yeah – he’s definitely a Roscoe,” said a smiling Fran.

Now five years later, Roscoe, a.k.a., Roskey Boo Boo, Pupido (Sicilian for ‘little doll’) and Dobby (from the Harry Potter series), is the biggest snuggle bug in the world.

“He’s very athletic and sometimes acts like a tough guy, but he’s really the sweetest and kindest dog. He is the perfect little 25-pound fur baby,” said Fran.

Naturally, all three dogs have their own distinct personalities.

“Roscoe, who is a Jack Rat (Jack Russell Terrier, Rat Terrier mix), has the most energy of the three –  he wants to play fetch all of the time. He’s also very sensitive to the energy around him,” offered Fran.

“He’s actually changed behaviors in our home. For example, my wife and I noticed that any time we would raise our voices (arguing or not), his demeanor would change. His ears would go back and he would look so sad. We dubbed the look as ‘The Roscoe Meter.’ His reaction made us more cognizant of the tone we take toward each other. He just wants everyone to be happy and loving all of the time.”

Roscoe’s great loves (in addition to his mommies) are playing with tennis balls, basking in any sunny spot he can find, Treatibles hard and soft chews, and patrolling the yard.

“There is not a bird nor woodland creature around that doesn’t know where Roscoe is at all times,” offered Fran.

He also enjoys being pampered. As a super athlete, Roscoe works out a lot and has many doggy playdates. Sometimes, his front legs become sore after a play session.

“We lay him on his back and massage his front and back legs with Treatibles Topical Cream. He loves every second of the attention. And the hemp oil works amazingly well for him.”