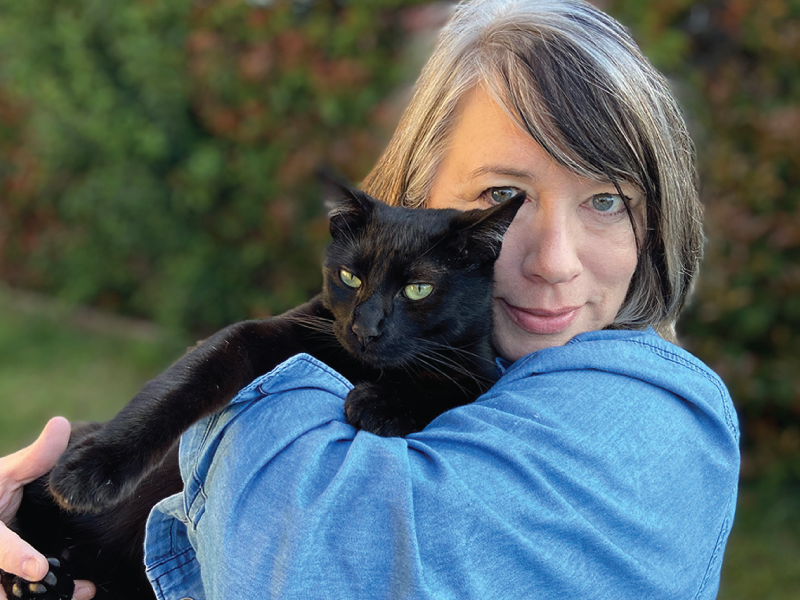 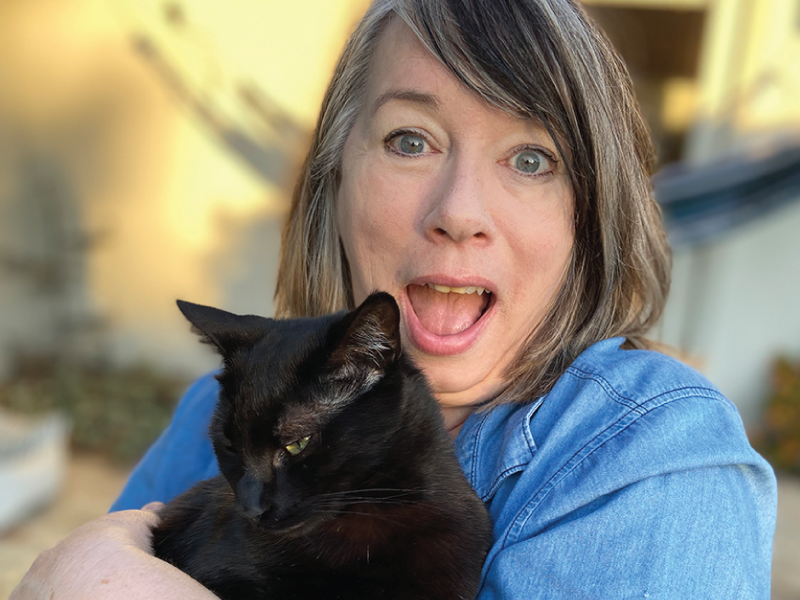 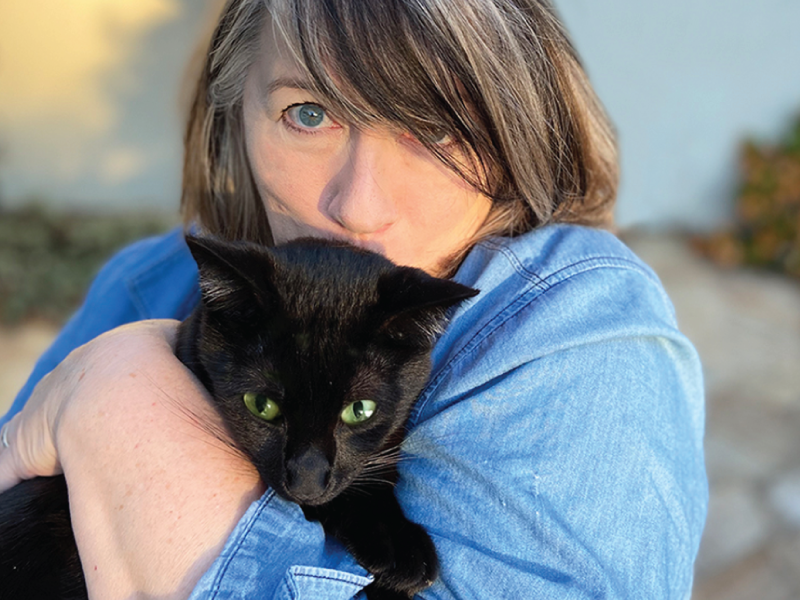 Was it kismet – or maybe kittment?

Ronda was on a mission. After her family’s beloved cat, Bob passed away suddenly on Mother’s Day 2018, she and her daughter, Elsa were heartbroken. It took several months, but by December, they were ready to welcome a new cat into their family.

“I knew I wanted a male kitten with short hair,” shared Ronda. “On Christmas Eve day, I stopped by  Kitty Corner, a satellite kitten adoption center in San Anselmo [California] to see if there were any available. There was only one – a teeny-tiny five month old black cat with big green eyes. He was so cute. I felt myself falling in love.”

Ronda told Elsa about the adorable kitten and naturally, she wanted to meet him. Not knowing if the kitten would still be available, the mother-daughter team stopped by the Marin Humane Society,  located near their home. They asked about available kittens and were told that there were currently none housed at the shelter, but they did have a five month old, male short-haired black cat at the Kitty Corner in San Anselmo. He was the cat that Ronda had met earlier!

“They told us that he was wild and a biter with tons of attitude,” said Ronda. “The people who found him abandoned in a yard were going to keep him, but decided he was too feisty and aggressive for them and decided to give him up for adoption. That’s all we needed to hear – we were sold!”

The pair made the 20 minute drive to Kitten Corner. Like her mom, as soon as Elsa  saw the ‘wild child,’ she fell in love. The tiny bundle of love and catitude had found his forever home.

Elsa decided the kitten should be named Rico. Ronda agreed with one stipulation – that his middle name be Suave (after the 1990s one hit wonder, Rico Suave).

Once home, the family realized just how determined and resilient the kitten was. The bow-legged, somewhat awkward little guy zeroed in on a Winne the Pooh bear Elsa had since childhood that was sitting high on a shelf. “Somehow, he jumped up there and took it down. To this day, he keeps it by his bed, food bowl or just plays with it,” said Ronda.

Now at a year-and-a-half old, Rico Suave, a.k.a., Ree, Ricardo, Ricky Ricardo, is a happy, graceful, active cat. When he’s not busy hunting gophers, he  loves playing with Skitter Critters (little stuffed mice that are perfect for tossing and chasing) and interactive wand toys with his human family.

According to Ronda, sometimes Rico Suave still gets a little rambunctious. “He is full of spunk and has a lot to say. When he gets a little too worked up, we rub some Treatibles Topical Cream onto his ears. It calms and relaxes him.”

Rico is outgoing and quite friendly to both people and other animals. His best friend is a cat who lives three doors down. The cat will come over to meet up with Rico. Together, they hang out, play in the front yard or tease the neighbor’s dogs over the fence.

“Rico Suave has enriched our lives in so many ways,” shared Ronda. “Every day we are grateful he chose us to be his family. There is nothing like the unconditional love and trust we see in his brilliant green eyes.”