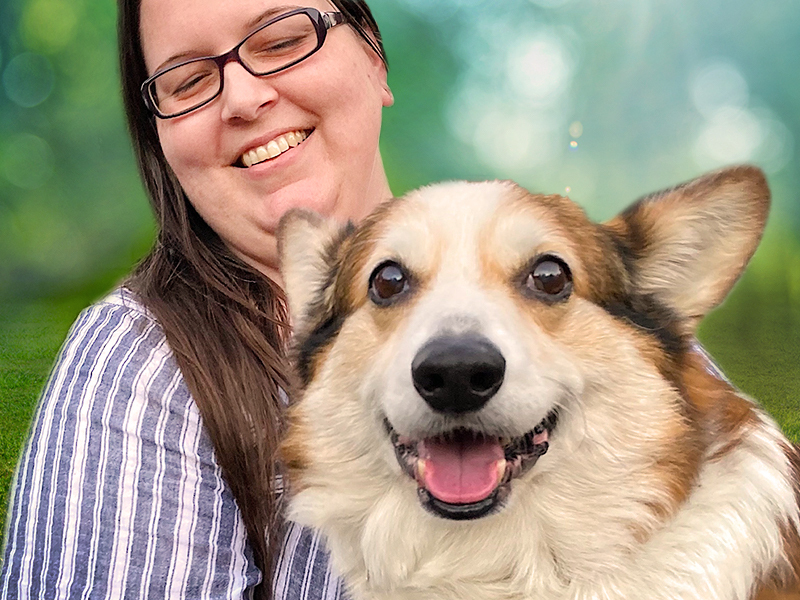 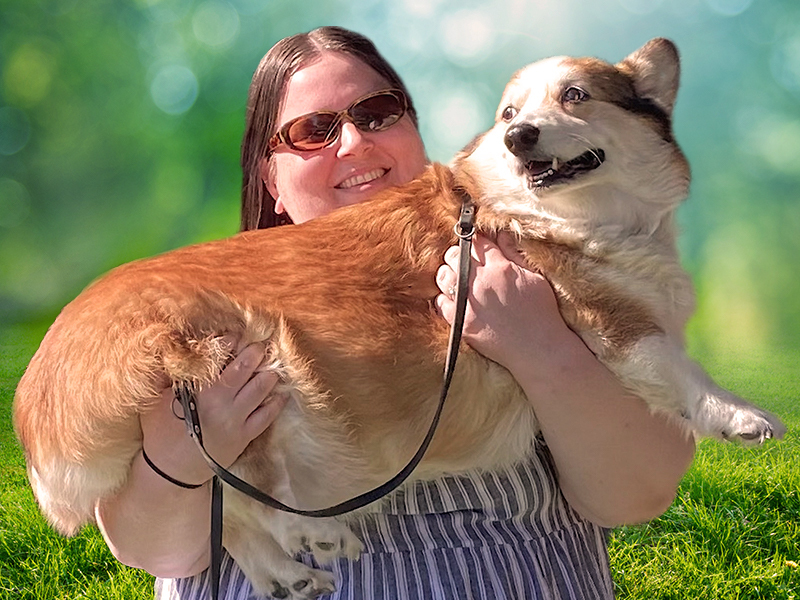 Jessica’s heart needed healing. She was grieving the passing of her soul dog Pepper, a rescue Pit Bull mix. With so much love to give, Jessica and her husband, who had been dreaming of having a Corgi since he was a child, embarked on a mission to adopt one.

It wasn’t so easy. They researched and contacted shelters and rescue networks, to no avail. And then they heard about a rescue-minded breeder who happened to have a couple of Corgi puppies needing homes.

“After a few discussions with the breeder, we were invited to meet her fabulous menagerie of well-trained, affectionate and healthy dogs. We went through a very thorough approval process, and then we waited,” shared Jessica.

Finally, the couple was introduced to a six-week-old puppy. They instantly fell in love with his big smile and happy demeanor. Six weeks later, he came home with them. But what to name this new bundle of joy?

“My husband and I were fanatics of the television show, Lost. We already planned on giving our next pet a Lost-themed name. Being a herding dog that made goofy faces, we chose the name Jack for him, after one of the main characters of the show, whose last name happened to be Shepherd and who, in our opinion, made a whole lot of goofy faces,” said Jessica with a smile.

“He’s the goofiest dog I’ve ever had the privilege to share a home with,” offered Jessica. “He makes the silliest faces and gets zoomies in the tightest of places! And oh boy, does Jack love to play. He gets excited by anything that squeaks or crinkles. He loves tossing around empty water bottles. He’s proudest when he finds an empty toilet paper roll.”

Jack is special in many ways. For one thing, he is vision impaired in one eye from a cat attack, which according to mama Jessica, he started.

He also suffers from separation anxiety, is easily startled and can be overreactive to outside noises. As a senior dog, he is also feeling some aches.

“Jack especially loves our Calm (turkey) Hard Chews and our new Peanut Butter CBD Oil Droppers. These products have been game changers, helping to relieve the discomfort in his hips and joints and also helping to calm him during stressful times or when he’s feeling anxious,” said Jessica.

Jessica also shared that Jack is a big ol’ daddy’s boy and defaults to cuddles and kisses from her husband. Basically, he ignores her if ‘daddy’ is home (unless she has food or Treatibles).

Like most Corgis, Jack attracts a lot of attention. “I know I should be used to it by now, but by nature, I’m quite reserved. I’ve had to learn to let people love him instead of hurrying away, and to make sure I have a few canned responses on hand for “what a beautiful dog” or “oh he’s so cute!” when strangers approach me in public,” Jessica pointed out. “I also have to remind myself when random cars pull up next to me while on a walk with him, I’m probably only in danger of a Corgi-related conversation.”

We all feel fortunate to have such a sweet, silly dog as part of the Treatibles family. Jessica’s pretty neat, too.