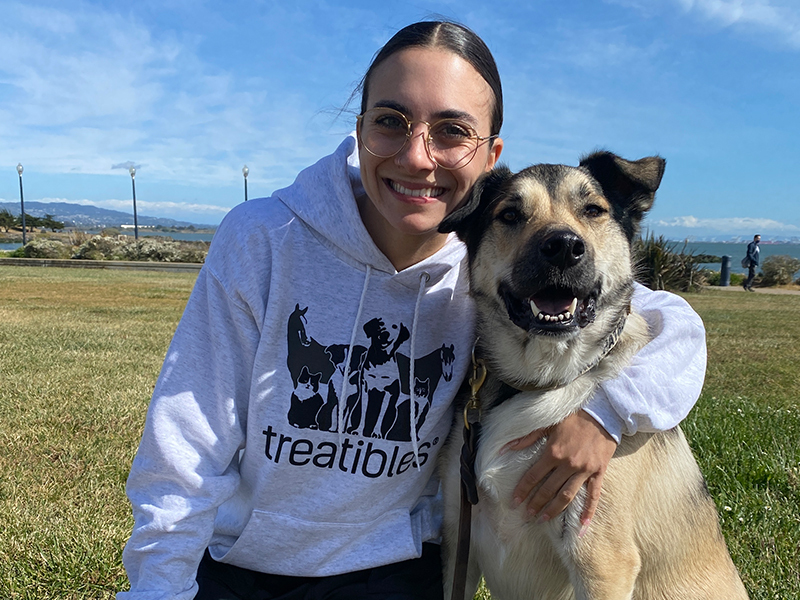 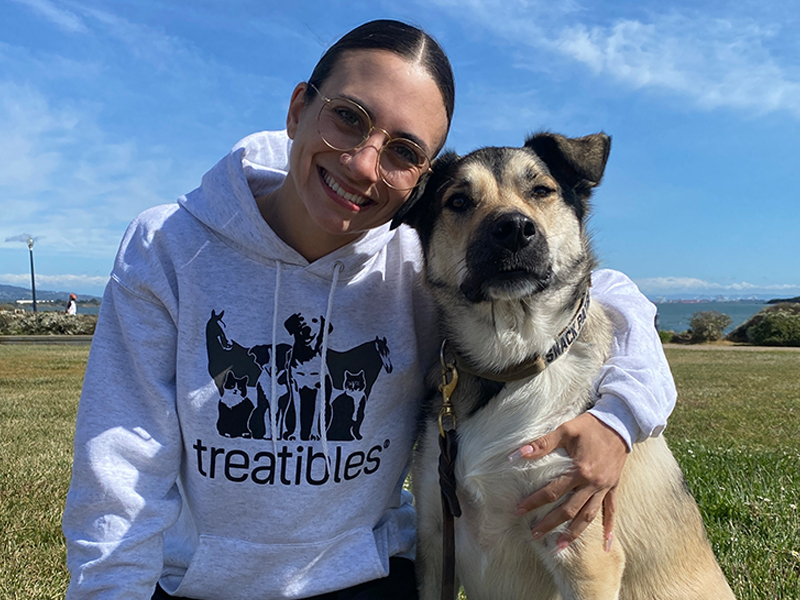 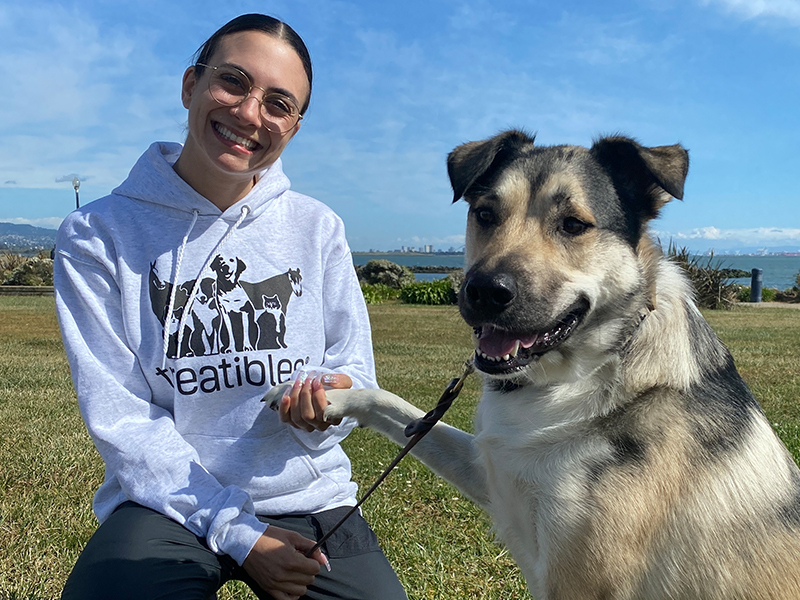 Dogs are usually adopted by people. In the case of Sapper and Dominique, it was the other way around. This love story has a different kind of beginning.

Chapter One: A happy six-month-old puppy arrives at the Milo Foundation in the San Francisco Bay Area with no visible identification or microchip. The rescue determines he was separated from his home during a recent forest fire.

Chapter Two: Dog lover Emmet adopts the sweet pup. On day one, he takes his new boy to the beach, where the puppy immediately starts obsessively digging a hole in the sand. Emmet, who served in the California Army National Guard, chooses the appropriate name Sapper for him, a military term for trench digger.

Chapter Three: A year and a half later, Dominique joins the family.

“Sapper and Emmet adopted me!” exclaimed Dominique. “After years of being dog auntie to dozens of dogs, I was finally ready to adopt a dog of my own. And in life’s perfect timing, Sapper and Emmet came into my life. It was love at first sight – I was instantly bonded with Sapper for life.”

A Great Pyrenees, Labrador Retriever, Swiss Shepherd mix, Sapper is a big boy, weighing in at a whopping 95 pounds. He is the ultimate gentle giant, bringing Dominique and Emmet so much joy with his sweet demeanor, huge smile and furry cuddles.

“Sapper is one of those dogs that feels human,” said Dominique. “He knows when we are talking about him, he knows when we are excited, or sad, or having a rough day. He is incredibly in tune with our family and provides more emotional support than I ever knew was possible from an animal. He instinctively knows exactly what we need when we need it.”

Also known as Sap, Sweet Boy and Donkey, Sapper is special in so many ways.

“He is unlike any dog I’ve ever met,” explained Dominique. “Sapper seems to like being around humans more than other dogs. Maybe that’s because his smile gets him all the treats from us humans! Also, he never tugs while he’s on his leash and he only barks when he feels the need to be protective. The one dog-like behavior he does have – playing tug of war with a rope toy – he can’t get enough!”

Like many beings (dogs and humans included), Sapper can sometimes feel a little stressed. When that happens, proud mama Dominique comes to the rescue with his favorite Treatibles products. He shows his appreciation by giving her his kissable giant paw.

“He loves our Pumpkin Hard Chews and Soft Chewables for Dogs. He also loves our new CBD-Free Probiotic Soft Chewables, which keep his digestive tract in balance and feeling great.”

Being Sapper’s mom has been incredibly rewarding for Dominique.

“He is my best friend and I feel blessed to have him sitting at my feet all day. To say he is an absolute gem is an understatement,” she shared, with a smile on her face.

The story continues and keeps getting better and better.