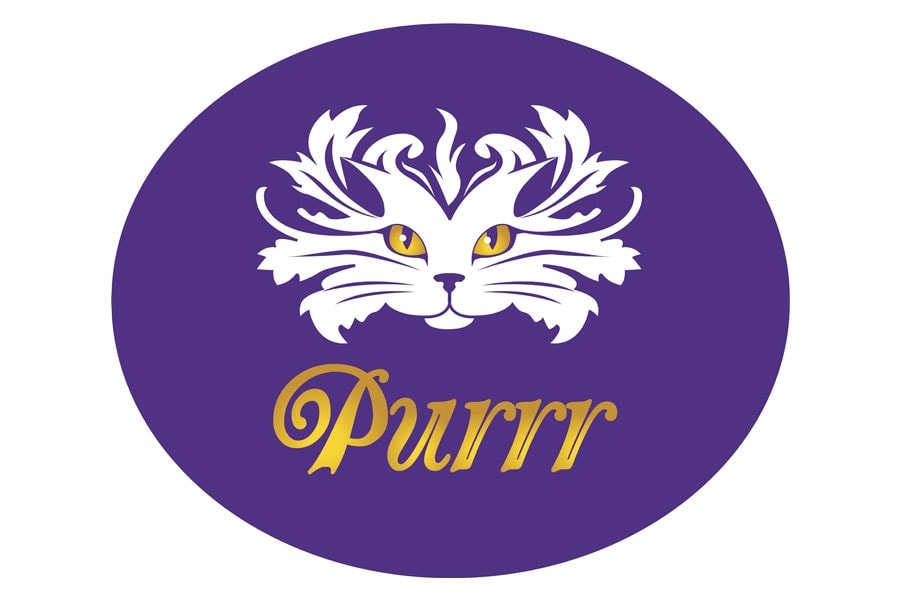 Gracie is being fostered by Purr's President and Kitten King, Andrew Heller. She is ready to find her forever home. Read her story below.

Clarence, whose human parent suddenly passed away, has overcome his anxiety and is getting ready to find a new family to join. Read his story below.

Gisel, once feral, pregnant and not very happy, has done a 180 and has become a sweet, affectionate kitty craving attention. Read her story below.

“We have tried other natural remedies and calming treatment, some of which worked ‘okay,’ but Treatibles full spectrum hemp oil chews, oils and Topical Cream have offered the greatest benefits, by far.” – Angelina Paul, Purrr’s Director of Opurrrations

Established in 2018, Purrr Inc., located in Fort Lauderdale, Florida, is a safe haven for fabulous felines. The 501 (c) (3) non-profit organization was founded by Clowder Queen, Tanya Lynn Heller, who has been saving kitties since she was a teenager and Andrew Heller, who serves as President and Kitten King. So far, Purrr has found forever homes for more than 100 cats.

“Our mission is to care for our rescued kitties until we can pair them with families that are a purrfect match,” said Angelina Paul, Purrr’s Director of Opurrrations. “As a ferally-focused rescue, our tireless focus on behavior modification and rehabilitation gives our family members who may be a little rough around the edges a chance at finding safe and happy homes.”

Since many of Purrr’s residents arrive frightened, the organization had been searching for an easy, safe, minimal-contact way to put new or behaviorally challenged kitties in their care at ease.

“We have tried other natural remedies and calming treatment, some of which worked okay, however, Treatibles full spectrum hemp oil chews, oils and Topical Cream have offered the greatest benefits by far,” stated Angelina. “The Topical Cream comes in especially handy with kitties who are difficult to restrain for treatment and the oil is a lifesaver for new, potentially aggressive cats who would prefer not to be touched just yet.”

Angelina stressed that their goal is to make the kitties in their care happy and to put them at ease, not keep them sedated and out of it. Treatibles has helped them achieve this. Cats that have benefitted include:

“Gracie was removed from terrible living conditions and had such a badly infected eye when she came to us, that it had to be immediately removed. With a combination of confusion, fear, and a new view of the world, she was the definition of a scaredy cat, making examining, medicating, or performing regular grooming tasks for her very difficult. Gracie also developed excessive hair loss, due to overgrooming from stress, and it was feared she would never find a forever home willing to work with her skittishness. As such, she was the first family member we thought about when trying the Treatibles Topical Cream for the first time. Her results were nothing short of amazing as one by one, our staff proclaimed, ‘She let me pet her!’ Most noticeable was the return of her beautiful onyx fur! Gracie became such a little lovebug that she is being fostered by our President and Kitten King, Andrew Heller, and is ready for adoption,” said a smiling Angelina.

“Clarence has been a long-term resident. He came to us very frightened and confused after his guardian passed away and quickly became known for his erratic behavior (seriously, everyone had been scratched or bitten by Clarence at one point or another),” said Angelina. “He frequently fought with other residents and developed a mysterious, painful-looking skin condition that didn’t seem to respond to various treatments. Once we observed how well the Topical Cream was working for some of our other family members, we decided to give it a go with our anxious buddy, Clare-bear. The difference was notable as every day he seemed more relaxed, even coming to greet staff members carrying the little jar of cream over to him. Now he loves ‘ear rubs’ and his skin condition is improving. We’re hoping with a little more time, he will find the happy family he was meant to be with.”

“We caught Gisele as a feral. And let me tell you, she was NOT initially excited about living it up on the inside. After capture, it was discovered that she was pregnant and once she gave birth, the poor thing soon developed mastitis. In great discomfort, and hormonal, this little mama did not make treating her enflamed abdomen easy on us. Scratching, biting, and growling became her main method of communication, which was frustrating, to say the least,” emphasized Angelina. “All we wanted to do was help. We muddled through, using our typical slow behavior therapy techniques and help from Treatibles. Within a month, she was absolutely unrecognizable in the best possible way. Literally, we moved her from intensive care and our staff asked who the new kitty was because they had heard Gisele was fractious and this new kitty was the sweetest, cuddliest little lovebug in the world. She now craves attention and pets. No one would ever guess that less than 6 months ago she was handleable only with thick gloves or sedation. We are so proud of this former feral and so thankful to Treatibles and the tender loving patience of our staff!”
Purrr is proud to offer a luxury adoption experience.
Each cat goes to their new home with a customized carrier (featuring their current name or the name chosen by the adopting family) and a luxury gift bag filled with goodies for both the kitty and new kitty family. Small containers of Treatibles Topical Cream are now included in Purrr’s luxury adoption bags to help each newly adopted family member adjust to their forever home.
All cats are also spayed/neutered, receive vaccinations and are microchipped before going home with their new family. The fee for adopting from Purrr is $250.
In addition, each adopter becomes a part of the Purrr Family, which gives them access to special offers and invitations to events and parties.
“One of the most important benefits of being part of the Purrr family is the assurance that if something were to happen to the adopter or if things do not work out for any reason, we always welcome each kitty back with open arms,” offered Angelina.
Want to learn more? We encourage you to visit Purrr.org or their social media platforms,  Instagram  and Facebook.
To make a tax-deductible donation to this much deserving organization, visit Purrr.org/#donate.